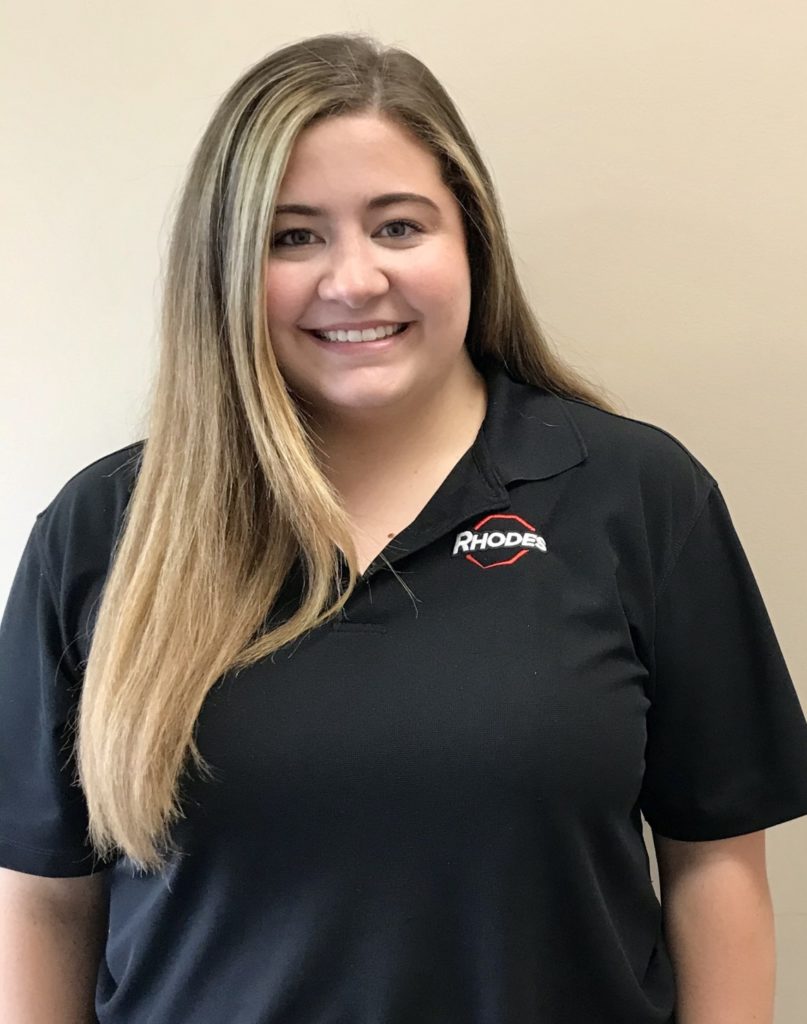 Hi, I’m Allisyn Holifield.  I formerly worked at the Chaffee Rhodes and recently got promoted to the General Manager of the Sikeston Rhodes and Imo’s Pizza location on South Main Street.  I loved getting to know my guests at Chaffee and seeing them come back to the store.  Regulars like Kim Dohogne have engaged in great conversations with me, make all the team members feel cared for and absolutely made my days.  Although I hated saying “good bye,” I’m excited to meet my new guests in Sikeston.

I joined Rhodes in June 2019.  Before that time, I worked in several customer service positions that were in retail and banking.  I probably wouldn’t have thought about applying at Rhodes had Mary Henson, the Chaffee Rhodes District Manager at the time, not reached out to me.  Mary explained what Rhodes had to offer not just in a job but a career.  Before my conversations with Mary, I thought of Rhodes as just a gas station.  After being hired, I quickly realized that Rhodes is much more than a gas station.  It’s family.  I’ve met so many people here who have become a big part of my life.  I’ve learned so much and have already been given opportunities for advancement in less than two years.

Working at Rhodes is fast paced, and that’s another reason I love it here.  It could become hectic if it weren’t for the team members who keep things fun.  One of those team members is Brandy Roberts, my former General Manager at Chaffee.  She creates a fun work environment and always goes the extra mile to make team members feel valued.  In return, any of her team members would do anything for her.

I have several examples I could share with you about how we balance out the face pace with light hearted fun, but one memory I have of Brandy comes to mind first.  I won a sales competition within my district.  The prize was smashing pies in my General Manager’s and District Manager’s faces.  My immediate boss, Brandy, and the person who recruited me to join Rhodes, Mary Henson, were in for it!  They squealed, laughed and took the joke very well.

Although my time at Rhodes has been short, I plan on sticking around much longer.  Rhodes takes care of its team members.  Becoming General Manager over my own store isn’t the first opportunity they have given me to grow.  I look forward to taking advantage of several opportunities I have there and have set a personal goal to earn the Best of the Best General Manager Award in 2021.

I encourage anyone looking for place they can grow professionally while keeping their work life enjoyable to consider applying for a job at Rhodes.  My advice to anyone who gets hired is to get to know your guests.  It makes the job fun and rewarding because you’ll see the same guests every day.  Knowing them will make your days so much better.  Visit www.Rhodes101.com to learn more about career opportunities at Rhodes and to submit an application.

Mary Henson, Allisyn’s recruiter and District Manager, had this to say about her, “Allie hit a home run when she joined our team.  She is the epitome of hospitality and has never met a stranger.  Allie leads her team with her heart and fosters a culture of genuine caring and education. Congratulations on your promotion to GM of South Main Street, Sikeston.”