Christy Dowdy, A Best of the Best Rhodes General Manager 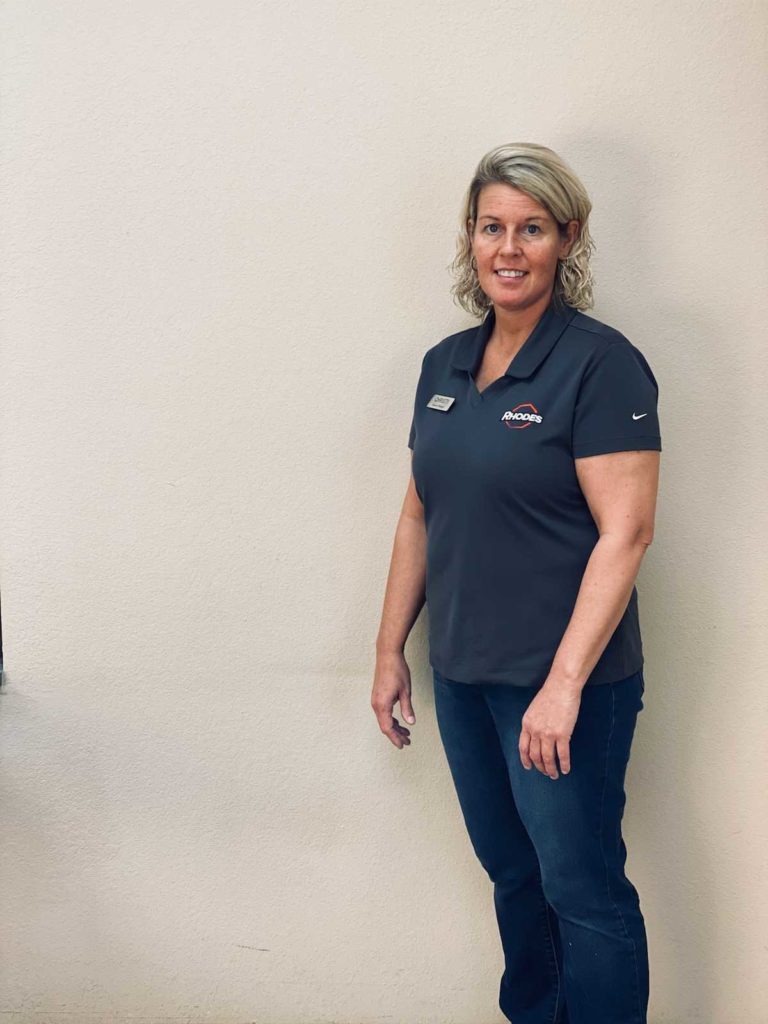 Hi, I’m Christy Dowdy, General Manager of the Rhodes on South Mount Auburn Rd. in Cape Girardeau.  I joined PAJCO (the company that owns Rhodes, Imo’s Pizza locations and Rally’s Drive-Ins) in January 2016.  I’m proud to say that I was originally hired as a store Operations Manager and was quickly promoted to General Manager over my current location.  I’m even more proud to say that I won PAJCO’s top honor two years in a row, Best of the Best General Manager in 2018 and 2019.  I’ve worked really hard for my promotion and awards, and Rhodes has always taken the time to reward me for my hard work.

Before coming to Rhodes, I worked at Red Lobster for 22 years.  The various positions I held there as server, culinary professional, key holder and front-of-house manager prepared me for serving guests at Rhodes.  It takes great customer service, communication skills and attention to detail to run a successful store.  Each day presents a new challenge in all these areas, which only makes me and my teammates better.

I really didn’t know much about PAJCO until my interview.  I just knew that after 22 years with the same company, I needed a change.  It turned out to be the best decision I ever made.  The interactions I get to have with our customers and the people I work with have become my favorite things about working here.  I also love the fact that I get rewarded for my hard work.  Did I mention that I’ve earned several trips with my Best of the Best titles?

I’m far from reaching my end at Rhodes.  Everyday I’m inspired to put in the hard work necessary for another Best of the Best Award.  I have become friends with General Managers at other stores, like Stephanie Weakley and Brandy Roberts, who I compete with for titles and awards.  I also convinced my former boss at Red Lobster, Mary Henson, to join Rhodes.  She’s now my boss, teammate and District Manager at Rhodes.  All four of us have thrived in our positions because Rhodes empowers all its well-trained team members, which happens to be my favorite core value at Rhodes.

I would encourage anyone to join Rhodes and bring your current co-workers with you!  It’s a great company, and there are so many opportunities here.  You can apply online by visiting www.Rhodes101.com.  If you get hired, my advice would be to be friendly, a smile goes a long way and remember that hard work pays off.