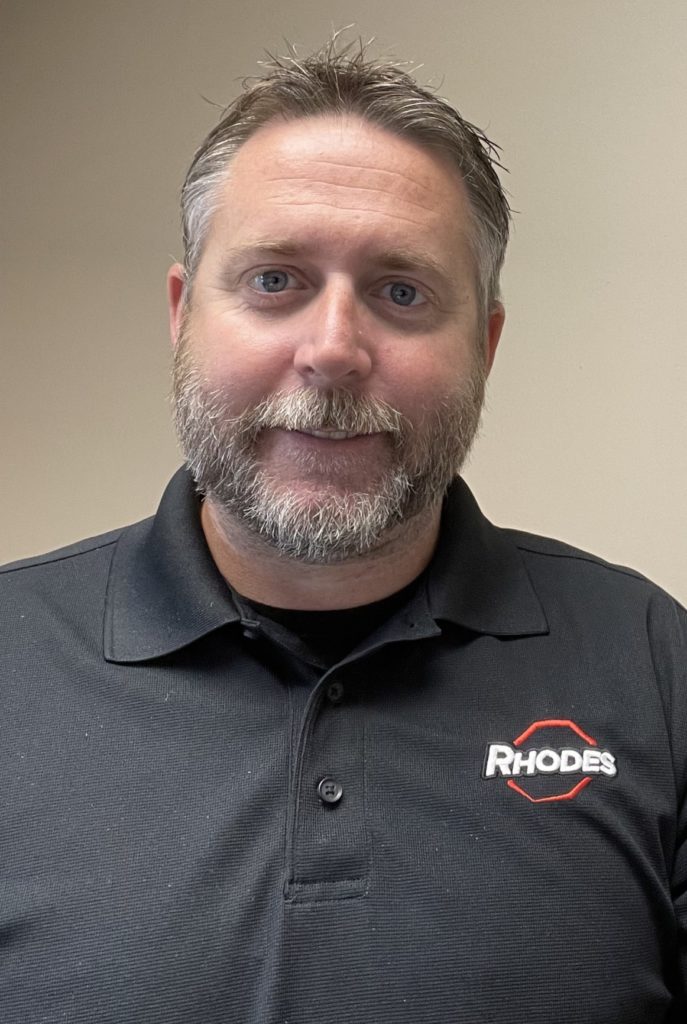 So, what is a Director of People and Culture?  Many of my teammates at PAJCO (the company that owns Rhodes, Imo’s Pizza restaurants and Rally’s Drive-Ins) were probably wondering the same thing when this new position was announced just a few months ago.  I’ll try to explain.  It consists of traditional human resource responsibilities while taking a people-first approach to strategic planning and setting operational goals.  From recruiting to hiring, to onboarding and training, along with leadership development and retention practices, I inject our people-focused culture into all of it.

Hi, I’m Justin Roth, PAJCO’s first ever Director of People and Culture.  As I mentioned before, I’ve only been here a few short months.  I joined PAJCO in March 2021 after spending ten years as an operator in the senior living industry.  I’m not sure that I chose to work in senior living.  Maybe the industry chose me.  I started off as a chef, running restaurants and country clubs.  I developed a passion for giving people great food, which led me to senior living.  From there, I worked hard, continued learning and educated myself into a regional operations director role.

You can’t become a successful operator of any business without understanding the importance and functions of human resources.  So, I learned to recruit, train and retain team members, which grew my focus on people.  Tying my operations and human resources knowledge with my focus on people and culture ultimately prepared me for this new role at PAJCO.

My first interaction with PAJCO was as a teenager visiting Rhodes locations.  I was born and raised in Jackson where Rhodes was a community staple for us teenagers.  I always noticed how friendly its team members were.  For a gas station, Rhodes was the best.  Now that I work for Rhode as an adult, I realize the company is so much more than a convenience store or gas station.  Yes, those are the industries in which we operate, but PAJCO is actually a family.  They take care of people and hire good people who they want to do it with.  I have yet to meet one person who isn’t a “great.”  They not only talk the talk but also walk the walk.

I never considered working at Rhodes until I spoke with Brent Anderson, PAJCO’s Vice President of Operations and Business Development, regarding another opportunity within the company before my current position was realized.  Brent reached back out to me when the company decided to search for a Director of People and Culture.  After talking with Brent several times, coming to the office and meeting some people and learning all about who PAJCO really is, I realized it was time for a change of pace in my career.  I had been completely happy with my current job, but I quickly saw why PAJCO is one of the area’s employers of choice.

Since joining PAJCO, I have been given a lot of great tools and training to help me be successful.  I have also met a long list of people who support me.  Overall, the people have been my favorite part of working at PAJCO so far.  I envision a long tenured career with PAJCO.  People and culture are so important to me, and I cannot wait to make a difference for all team members.

I joined the company just in time to attend its annual banquet in March.  It was very good timing go see how my new employer celebrated and recognized the success of its team members after a challenging year.  It’s been the most memorable experience for me thus far followed by visiting a majority of our 36 locations.  I’ve truly enjoyed meeting the people who make our success happen day in and day out.

As a team member responsible for recruiting at PAJCO, I can’t leave without encouraging you to consider joining PAJCO.  If you are looking for a job you love, and doing it with people you love, then come apply!  You’ll find work-life balance, career growth and more valuable perks here.  If you get hired, learn everything you can from this job.  You won’t have to look far to find a mentor who will be a wealth of knowledge for all your questions.  So many of our team members are ready and willing to take new hires under their wing and welcome them to the family.  Then, take a step back and appreciate who we are as a company and what is in front of you.  You’ll quickly come to appreciate our six core values including my favorite one, empower all well-trained team members.  Those few words speaks of a trusting culture that shares opportunity and promotes personal growth.