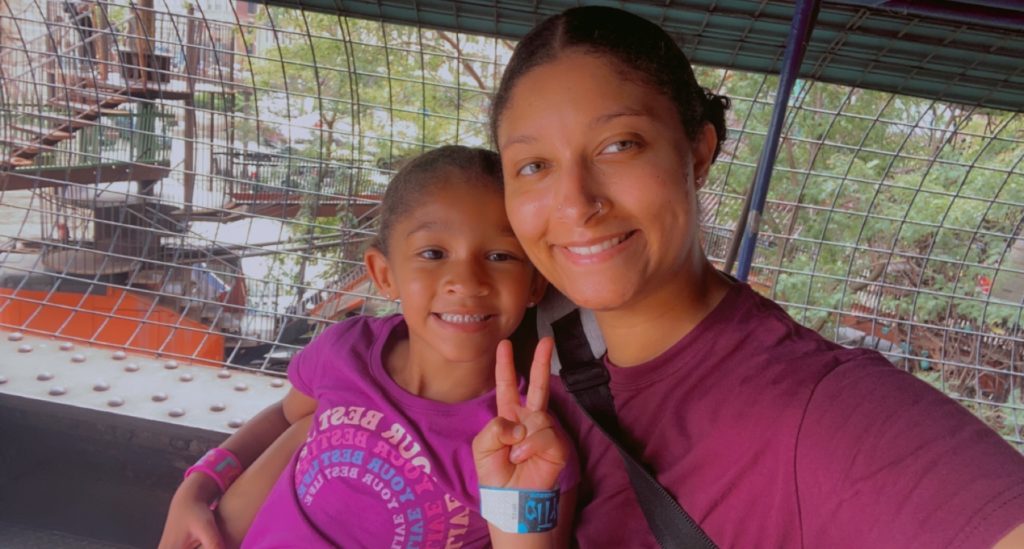 Rhodes is not just a gas station because its team members really want know what their guests think.  The entire company welcomes feedback from guests and uses it to improve its stores.

Hi, I’m Tiashia Robinson, General Manager of the Jackson Rally’s.  Rally’s is part of PAJCO (the company that owns Rhodes, Imo’s Pizza restaurants and Rally’s Drive-Ins).  I joined PAJCO in February 2018 as the Assistant Manager of the Sikeston Imo’s Pizza location.  Soon after being hired, I was promoted to the same location’s restaurant manager.  When PAJCO began opening Rally’s Drive-Ins, I helped open the new locations and eventually became a General Manager at Rally’s.

I wasn’t a rookie to the restaurant industry when I joined PAJCO.  I spent eight years with Sonic working up from a car hop all the way to becoming General Manager of my own location.  That’s when Tony Shelton, Director of Food, and Megan Cox, Rally’s District Manager, recruited me to join.  They also helped me advance to my current position.

As soon as I began the hiring process at PAJCO, I noticed how nice its team members were.  They made the hiring process easy.  I quickly realized that PAJCO is more than a company.  It’s a family, and PAJCO takes very good care of it.

It’s been my pleasure to meet its owners, management team and customers over the past three years.  I hope to remain with the company and work my way up to becoming a District Manager or recruiter.  I want to connect with prospective and current team members the way Tony Shelton and Megan Cox did with me.

I’ve made some great memories while working at PAJCO.  I came to love so many of Sikeston’s guests while managing its Imo’s Pizza location.  I was one of the first team members to train for opening our Rally’s Drive-Ins, which turned out to be a fun experience that also prepared me for my current role.

Several people have made my job at PAJCO enjoyable including Megan Cox, Rally’s District Manager, Jamie Whited, Rally’s Traveling Trainer, Tanicka Brown, Rally’s Assistant Manager and Julia Evans, my former General Manager at the Sikeston Rhodes.  Because of these people, I am a better person and a better manager.  I have loved working with them so much, and I now consider them to be family.

I encourage anyone to consider joining our PAJCO family.  They have helped me in so many ways, and I know they will do the same for anyone.  As one of their five core values states, “Do what we say we will do every time,” they will always have a place for people who are willing to give their best and ask for help when needed.  If you do that at PAJCO, you will experience great success.

Megan Cox, Rally’s District Manager, had this to say about Tiashia.

“Tiashia has been with us since the beginning of our Rally’s venture.  She has helped open six locations and has accepted any challenge presented to her along the way.  I couldn’t see Rally’s without Tiashia on my team.  She has the knowledge to get things done.  Her happy personality is one that you want to keep around.  She might be new to the Jackson Rally’s location but has already made a huge impact there.”

*Rhodes provides equal employment opportunities (EEO) to all employees and applicants for employment without regard to race, color, religion, sex, national origin, age, disability or genetics.  In addition to federal law requirements, Rhodes complies with all applicable state and local laws governing nondiscrimination in employment in every location in which the company has facilities.  This policy applies to all terms and conditions of employment, including recruiting, hiring, placement, promotion, termination, layoff, recall, transfer, leave of absence, compensation and training.  Rhodes expressly prohibits any form of workplace harassment based on race, color, religion, gender, sexual orientation, gender identity or expression, national origin, age, genetic information, disability or veteran status.  Improper interference and the ability of Rhodes employees to perform their job duties may result in discipline up to and including discharge.